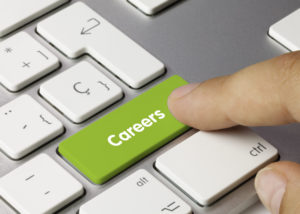 The following books represent the core titles describing LIS careers, including career paths, career development, and career strategies and tactics. They’ve been separated into those published this year versus those published previously in order to “call out” any recent titles you may have missed. The selection criteria were:
– a strong focus on LIS careers or an aspect of LIS careers
– actionable information
– published within the past ten years

I attempted to be comprehensive in my coverage, but please let me know if I’ve missed a title that you feel should be included; I’ll be happy to add appropriate recommendations to the list.

Also, I purposely didn’t include the ubiquitous Amazon links because I’m hoping you’d rather support your local public library or independent bookseller should you seek these titles out! END_OF_DOCUMENT_TOKEN_TO_BE_REPLACED

Use Google for Scholarly Research? Yep, and Here’s How

In his excellent guide Harnessing the Power of Google: What Every Researcher Should Know (Libraries Unlimited, 2017), author Christopher C. Brown asserts that:

Librarians often hear from students that their instructor said not to use Google in their research. I believe that what is meant in most cases is that students shouldn’t only use resources that they just found with simple Google searches. Too many times students cite Wikipedia as an authority for their research. But what this book is arguing is that there is a proper place for Google in academic research.

Not only does the author argue his point successfully, he does every academic librarian and serious researcher the favor of showing them how to use Google so that it truly can become a credible component of rigorous scholarly and business research. END_OF_DOCUMENT_TOKEN_TO_BE_REPLACED In January 2011, the National Science Foundation began requiring that all grant applications include a data management plan.

Immediately, librarians at research institutions throughout the country found themselves on the front lines of a new professional discipline that sort of aligned with their skills… or at least was something they could probably figure out. END_OF_DOCUMENT_TOKEN_TO_BE_REPLACED