Which font should you use for your resume? 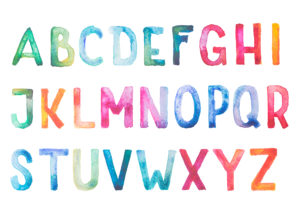 Recently a friend of mine who specializes in resume coaching explained to me that anyone still using the Times New Roman font on their resumes was absolutely dooming their application the second it left their printer. I, who had assumed TNR was a pretty reputable choice as far as fonts go, was surprised to hear this (and in fact wondered if she was just being her usual joyously opinionated self).

But it turns out that recruiters, designers, and resume experts do have some pretty strong preferences when it comes to resume fonts, both best and worst. Notes a Monster.com interview, “You want to stick with fonts that are legible, neutral and easy to read,” says Amanda Augustine, career expert at TopResume. “Recruiters are scanning resumes for 6 seconds, and if they can’t get past an unprofessional font, your resume may get overlooked.”

Best, according to everybody:

Best, according to almost everybody:

And what about Times New Roman?
This classic font was considered one of the “best” options by one source, an acceptable but boring and unimaginative font by another source, and was on the “worst” list of yet another source. Given the solid number of other recommended font alternatives, it’s probably wise to avoid TNR unless you’re pretty sure that boring and unimaginative are considered strengths in the job you’re applying for.

The reject list
The following fonts were considered automatic disqualifiers for any applicant unwise enough to have used them in their resume:

Which works best for you?
My preference would be to go for the cleanest look possible, and I find that serif fonts (i.e., the ones with no curls or strokes at the end of their letters such as Calibri or Arial) are easier to scan on the page. If you, on the other hand, prefer the more graceful aesthetic of a serif font, then several of those on the best or almost best lists above should fit the bill.